We are happy to announce that Ed Leighton-Dick, founder of Kingfisher Technologies, has been awarded the prestigious Microsoft MVP award for the Data Platform for 2018-2019. This is his second time receiving the award.

This award is given annually in recognition of exceptional community leadership and influence in one of eight fields. Worldwide, there are approximately 4000 MVPs across all disciplines. Approximately 400 of those are in the Data Platform field. Ed is the only Microsoft Data Platform MVP in the state of Iowa.

Ed has participated actively in the SQL Server community since he first attended the PASS Summit in 2008 and is now a strong advocate for PASS, the world’s largest organization dedicated to the education of professionals using the Microsoft data platform. He has led the Cedar Rapids/Iowa City chapter of PASS, I-380 PASS SQL Server User Group, since 2009; acted as the lead organizer for SQLSaturday Iowa City since 2012; served as PASS US-Midwest Regional Mentor since 2015; and volunteered in numerous other capacities. He is a frequent speaker at local, regional, and national events, including the PASS Global Summit for the past four years, and blogs at his website, edleightondick.com.

Welcome to our new website!News 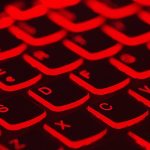